IN MEMORY OF THOSE WHO REMEMBER WHERE THEY CAME FROM. 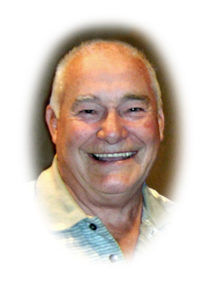 It all began with Bob Clarke. Bob served the ARA for many years. He was tireless in working to build a viable automotive industry in B.C. He was, to many, the one who helped them get a start, the much-needed helping hand in beginning a career.

When he left the ARA, the Board created the Bob Clarke Memorial Scholarship in his name. It was the first scholarship offered by the Association and has been awarded annually ever since.

In 2018, two more memorial scholarships were added: Ed Coates (Lordco) and William (Willie) Freeburn (Payless Glass). The gentlemen these two scholarships were named after never forgot where they came from and worked hard to build B.C.’s automotive industry. Many people credit them for getting their first job, training, skills and a career to support themselves and their families. It is not too surprising that even after their passing their names continue the legacies.

And, in 2019, industry support for the ARFI continued to grow, with four new bursaries introduced.

The Automotive Retailers Foundation Inc. (ARFI) is a registered charitable foundation in Canada. The mission of the Automotive Retailers Foundation Inc. is to “engage in the receipt of donations and to conduct charitable activities in Canada for the purpose of advancing education and relieving poverty in Canada, specifically with respect to the automotive trades sector”. Among its other activities, the ARFI provides for bursaries and scholarships to aid students and prospective students in automotive trades training.  The bursaries aid low-income individuals enrolled in a post-secondary automotive repair and service training-program. The scholarship(s) recognizes and awards academic achievement.

Thanks for the generous support of our donors, the foundation has awarded scholarship and bursaries totaling more than $20,000 in 2019 alone.

We have detected that you have an ad blocker installed. We do not have ads on our website, but we have found that some ad blockers hide some of our content, such as the icons for our social media links in the top-right of our web pages. If you wish to see all of our content, simply "white list" our website in your browser's ad blocker add-on. Thank you!